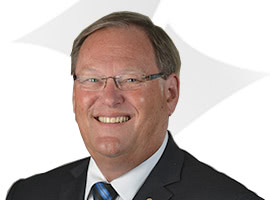 Derek has been a Non-Executive Director of SCEE since March 2011 and was appointed Chairman in May 2015.

He is currently Professor of Accounting at the University of Notre Dame, Australia, having previously been an assurance partner with Arthur Andersen and Ernst & Young. Derek’s accounting experience has spanned some 40 years and four continents, primarily in the public company environment.

Derek’s non-executive directorships to date have been in the non-listed sphere, principally in the oil & gas and manufacturing sectors. He has also chaired a number of advisory committees in both the government and not-for-profit sectors.

Derek is the Chairman of the Audit and Risk Management Committee and is a member of the Nomination and Remuneration Committee.

Derek was awarded the Medal of the Order of Australia in the 2015 Australia Day honours list. The award recognised Derek’s service to accountacy through a range of professional, academic, business and advisory roles.